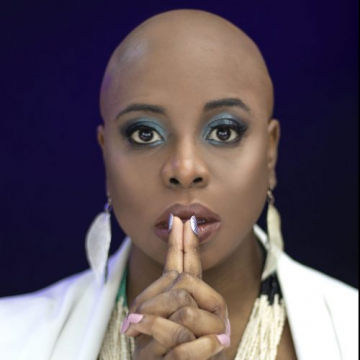 Express yourself onsite! Come join our host poet 2Deep for an open mic event to celebrate the beauty and art of the African Diaspora.

2 DEEP THE POETESS, a spoken word artist of Nigerian descent will be our host for Africa Out Loud. With over a decade of snatching microphones and captivating audiences, 2Deep’s resume reads like Who’s Who travel guide. From Cornell University to Ottawa University, American University to Penn State, United States to Australia, this German born-Alabama raised entertainer has spoken to crowds all over the globe. She’s opened for the late Gil Scott-Heron and performed for President Barack Obama’s first inaugural celebrations at the Washington National Cathedral. She was a four year undefeated slam champion, 2007 Talk To Me Eastern Slam Winner, member of Busboys and Poets’ 2009 Slam Team, Word War II Slam Champion, and prior Busboys and Poets’ Slam Master.