Students in Ms. Gardner’s 3rd grade class participated in a Distance Learning video-conference on the topic of the African Cosmos led by Deborah Stokes, Curator for Education. They learned about the Smithsonian and its place on the National Mall, the Castle and the National Museum of African Art, the size of the continent, the great diversity across the 55 countries, and where the equator cut across the earth to form the northern and southern hemispheres. The students discovered some of the constellations from Egypt to South Africa and stories of celestial navigation and were amazed by the notion of the sound of stars – a soundtrack in the sky!

See and read some of the student’s own creative constellations and stories here! 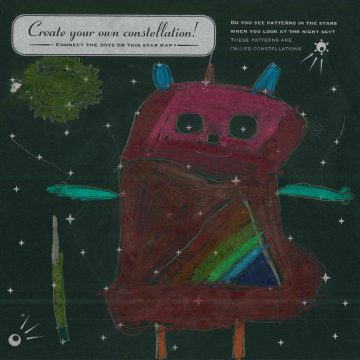 Constellation: Strascires
Once upon a time, there was a panda, a very big panda. [And] the panda was very cute but deadly. Every time someone stares at his birthmark, they turned into ice, which is pretty weird. Strascires likes to eat human food and has a birthmark. The mysteries that the birthmark holds are unrevealed. The birthmark prophecies are in little books; only people with a pure heart can understand the panda. 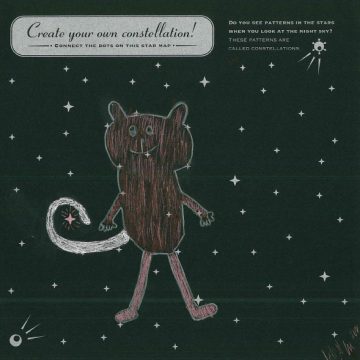 Constellation: Mountain Top’s Constellation
In a faraway land, there was a monkey named Mountain Top or Top for short. He was a spider monkey, and that makes it easy to steal. With a long tail, they are nearly unstoppable! Well, one night, Top stole the Egyptian’s gold that was kept in a large pyramid. It just happened that mighty Zeus was looking down. He saw Mountain Top’s theft and told him, “You shall carry this shell until you have learned your lesson!” Zeus put a 100-pound shell on him. Ashamed of his appearance, Top climbed a mountain, and he jumped off it. A giant rock hurled towards him, and he went into the sky. 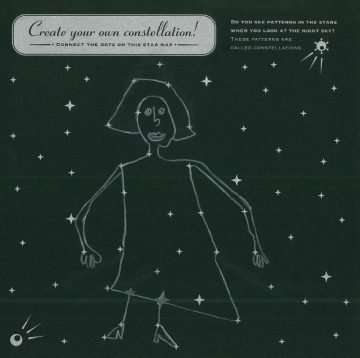 Constellation: The Prom Queen
She went to Prom and was declared to be the queen. They took a picture. A girl who wanted to be queen threw some pictures in the fire, but the ashes never came down; they formed the Prom Queen. 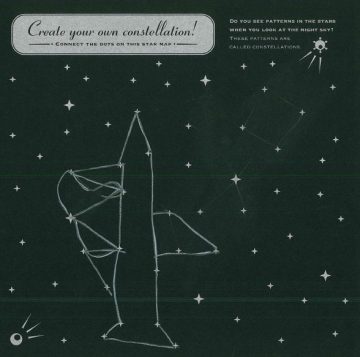 Constellation: 7G43
One day there was a rocket ship that hit a star and lost a wing. The place where (?) lost it caught on fire. So, it is still floating in space. 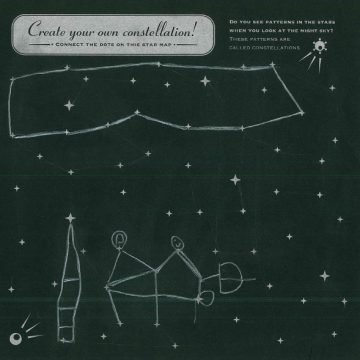 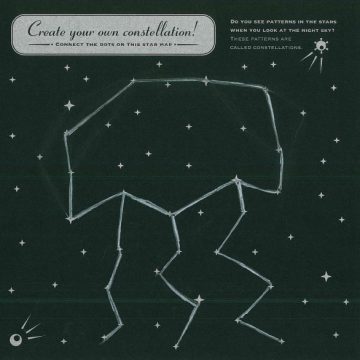 Constellation: JellaFint
Once upon a time, there was a giant jellyfish called the JellaFint (Jell-a-Fint). It would tear ships, eat the people on board, and electrocute them with its tentacles. If you slice one tentacle, two more would grow out of its place. One day a sailor, named Jackson, sailed to the underground temple with 250 crew members. Then a storm hit with big waves and awakened the JellaFint. The JellaFint tore the ship to pieces. Crew members sliced the tentacles but more grew. Then Jackson sliced its head off, but he died from the electric tentacle. 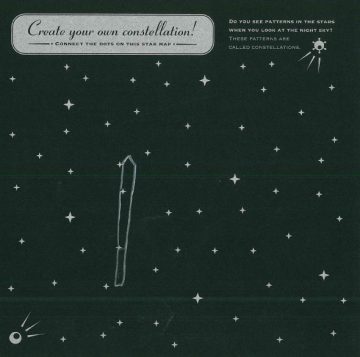 It all started long ago. In the night sky, a new constellation just popped up out of nowhere in the middle of the sky. 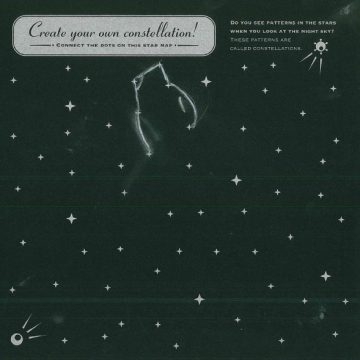 Once Alex was howling his last howl at the moon. He wanted to go to the stars after he was done. So Alex got sent up to the stars. Now he is a constellation