The Niger River descends from . . . Timbuktu then to Ife. Ife is one of the largest countries of the Sudan, and their sultan is one of the greatest sultans.

“Red Gold” and Global Networks in Africa’s Forests Even kingdoms at the farthest reaches of the Niger River were connected to a global medieval economy. The glorious masterworks of renowned West African forest civilizations, like those at Igbo Ukwu and Ife, demonstrate connections between forest, river, desert, and beyond.

Ibn Battuta, the intrepid 14th-century C.E. Moroccan diplomat, traveler, and writer observed the importance of the Niger River. It led to distant lands of wealth and influence, including the famed kingdom of Ife, in West Africa’s dense rainforest. Like the trading cities and empires of Africa’s Western Sudan, the medieval empires of the forest were deeply entwined in a global economy.

Archaeological excavations at West African sites associated with the Ife kingdom, as well as with the earlier polity of Igbo Ukwu to its southeast, and Durbi Takusheyi to its northeast, reveal the prominence of “red gold,” or copper, as well as glass beads and ivory, among the materials that circulated through the Sahara Desert in multiple directions. Tracing their movement provides a fascinating image of the wide scope of medieval trade.

The town of Igbo Ukwu lies east of the Niger River in Nigeria’s forest region. Excavations conducted there unearthed a remarkable group of over 600 prestige objects including extraordinary cast copper alloy sculptures and more than 165,000 glass and carnelian beads.

Evidence ties wealthy and powerful Igbo Ukwu to global medieval trade networks that extended down the Niger River from the edge of the Sahara Desert. Glass beads provide a telling link: the same types have been found at Igbo Ukwu and at Gao (Mali) in the Western Sudan.

At the same time, analyses of cast objects from Igbo Ukwu show its strong ties to local trade. Most of the copper and alloys—primarily tin, lead, and silver—used to make bronze objects there came from nearby sources. This supports the hypothesis that Igbo Ukwu’s innovative metal-casting industry was self-supporting originally. Nonetheless, metal analysis also suggests that the production of copper alloys at Igbo Ukwu may have been supplemented by copper from the Sahara, particularly in the second half of its existence.

Twisted Talent | Excavated from a storeroom for ritual objects at Igbo Ukwu, this vessel, known as the Roped Pot, is a masterpiece of lost-wax casting. It was made using a rare technique, called “burning in,” in which separately cast parts are fused together in subsequent firings to achieve a complex form. This unique casting process was certainly developed independently at the site. The copper and silver that make up the bronze alloy came from sources within the region. It is possible that copper was imported to Igbo Ukwu along Saharan trade routes, but only as a supplement to an industry that was sustained locally. 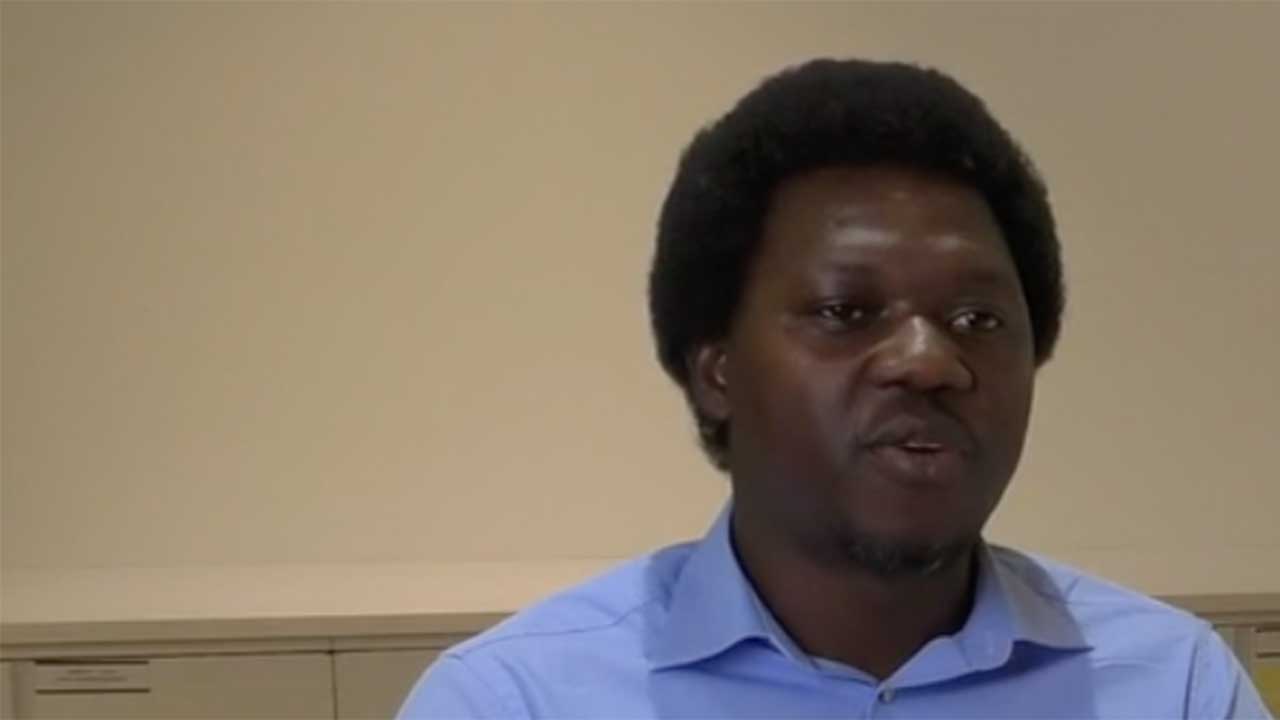 Abidemi Babatúnde Babaloa, Centre Of African Studies at the University of Cambridge, U.K.

Ife, in southern Nigeria, was the political and ritual center of a kingdom that supported a multiethnic regional economy. Its reach extended to the Niger River, nearly 120 miles to its north, paving the way for participation in global networks of exchange. Finds at the village of Tada, on the banks of the Niger, and on Jebba Island suggest that they were strategic outposts for Ife, linking the kingdom to north–south and east–west trade routes.

Workshops at Ife produced a group of sculptural arts in pure copper, copper alloy, and terracotta. The city was also a center for a prolific glass making and glass-bead industry, located in the manufacturing quarter called Igbo Olokun.

Though limited in scope, scientific analysis of the copper and copper alloy sculptures from Ife suggests that some of the ores were mined as far away as France. Active routes of exchange connected Europe with West Africa at this time. Indeed, it is possible that copper, in the form of ingots, was transported along these routes to West African cities far south of the Sahara.

Durbi Takusheyi is situated halfway between the Niger River and Lake Chad, in the heart of the Central Sudan. It provides some of the earliest documentation for the Hausa kingdoms, which would grow to dominate the region between the 16th and the 19th century C.E. Excavations at Durbi Takusheyi included burials with sumptuous grave goods that attest to that kingdom’s global reach.

East of the Niger River’s bend, the Central Sudan extends toward Lake Chad which, though now fast disappearing due to desertification, once supported settled habitation as early as the first millennium B.C.E. As in the Western Sudan, peoples in the Central Sudan engaged in trans-Saharan trade during the medieval period. Routes that passed through the region linked Egypt with the Niger River, supporting an economy that was bolstered by trade in multiple directions.

Greater numbers of ivory tusks from Africa began arriving in northern European harbors around 1230 C.E. due to political shifts that brought Europeans in closer contact with trans-Saharan trade networks. At the same time, copper from Europe made the long trek southward to ivory-rich but copper-hungry economies in Africa’s savanna and forest regions, including Ife.

Tusks of the African savanna elephant, with a diameter sometimes exceeding 4.33 inches, are the largest of any living elephant species. European artists used trial and error to showcase these large pieces of ivory to their fullest advantage.

While carvers at first used the exterior of a tusk for the exterior of a sculpture, as one would with wood, artisans realized over time that the tusk’s interior provided the finest ivory. They aimed to exploit fully this high-quality ivory while avoiding both the hollow pulp cavity in a tusk’s center and the drier material on the exterior.

Ivory was a valued resource in Europe and Africa, controlled by those in power and used for objects of status and prestige. Increased international demand for ivory in recent centuries has endangered elephant populations, however, giving rise to current international bans on its export and use. 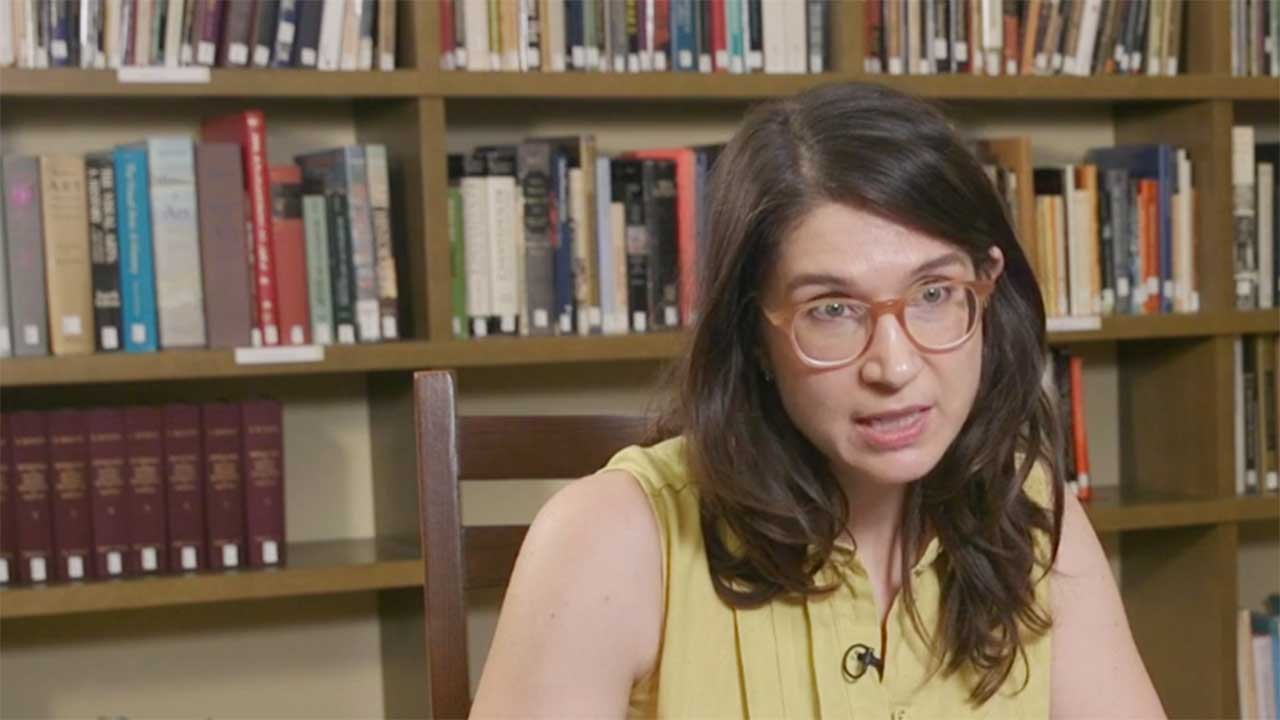 Sarah Guérin, Department of the History of Art at the University of Pennsylvania