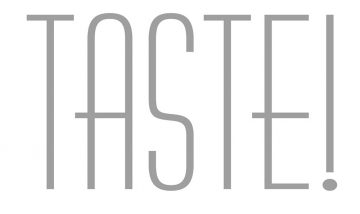 Taste! is a platform for creative encounters centering on a multifaceted, far-reaching Lagos. Realized in collaboration with the Africa International Film Festival (AFRIFF), ART X Lagos, and the African Artists’ Foundation, Taste! is the foundation experience of 24 Hours of the Smithsonian in Lagos, the inaugural event that launches the National Museum of African Art’s new international presence.

Biography
Emeka Ogboh
Emeka Ogboh uses sound and gastronomy to create installations that have included music, soundscapes, limited editions of artisanal beer, sculpture, and collaborations with chefs. He increasingly uses these works to examine how visual art can catalyze conversations about the environment. Having exhibited at documenta 14 (2017), the Venice Biennale (2015), and the Dakar Biennale (2014), he is an internationally acclaimed artist with works in major collections worldwide, including the Smithsonian National Museum of African Art. This past September, to mark the close of Afrique 2020, Ogboh presented a medley of his installations capturing Lagos at the Élysée Palace in Paris.