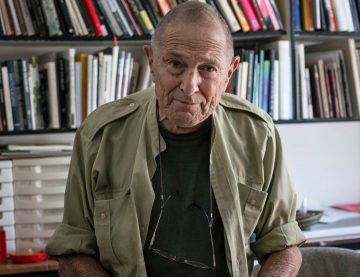 The staff of the National Museum of African Art expresses heartfelt condolences on the passing of renowned South African photojournalist David Goldblatt.

Born of Lithuanian immigrants in Johannesburg’s gold reef, Goldblatt documented the impact of apartheid on the lives of ordinary South Africans, gaining international recognition in the 1960s and ’70s. His photographs captured the “quiet, yet equally poignant features of the brutal apartheid regime,” noted the Goodman Gallery in Johannesburg, which exhibited much of the artist’s work over his 50-year career. His later work recorded the inner city lives of middle-class residents, both black and white.

Goldblatt, the first South African to be given a solo exhibition at New York’s Museum of Modern Art, was the recipient of numerous honors, including the Commandeur des Arts et des Lettres by the French Ministry of Culture in 2016.

MAY 3, 2022 | 6:45 PM FREE Reserve tickets here (limited availability) Please note: This event will be held at the National Museum of African American History and Culture. A […]