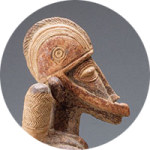 Gold from West Africa was the engine that drove the movement of things, people, and ideas across Africa, Europe, and the Middle East in an interconnected medieval world. As the incredible works in this exhibition show, it is not possible to understand the emergence of the early modern world without this West African story.

Medieval Africa begins with the spread of Islam in the 8th century C.E. and recedes with the arrival of Europeans along the continent’s Atlantic Coast at the end of the 15th century. During this era, the Sahara Desert was the center of a global network of exchange. As networks spread, so too did cultural practices, fostering the broad circulation of distinctive Saharan aesthetic and intellectual traditions connected to Islam. The reach of trans-Saharan exchange is revealed in the fragments excavated from archaeological sites, now uninhabited, that were once vibrant communities.

Credits
Caravans of Gold, Fragments in Time is organized by the Block Museum and made possible by two major planning and implementation grants from the National Endowment for the Humanities. Caravans of Gold is also generously supported in part by Northwestern University’s Buffett Institute for Global Studies. An anonymous donor has made possible the exhibition’s travel to the Smithsonian National Museum of African Art.

Additional support is provided by the National Endowment for the Arts, the Myers Foundations, the alumnae of Northwestern University, the Robert Lehman Foundation, the Elizabeth F. Cheney Foundation, the Illinois Arts Council Agency, and the Evanston Arts Council. Special thanks to the Perucca Family Foundation and the Art Institute of Chicago for curatorial research support at an early stage of this exhibition. 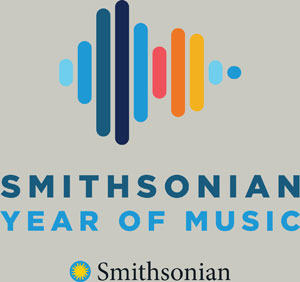