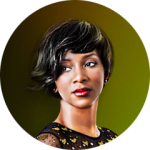 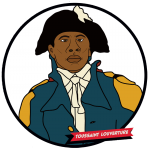 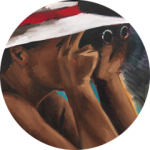 Visionary ideas propel the greatest human accomplishments.
Visionary: Viewpoints on Africa’s Arts, the National Museum of African Art’s most recent, large-scale presentation of its collection, is the first to offer broad thematic connections between artworks across the spectrum of time, place, and medium. Visionary aims to get visitors to look with fresh and focused insight and, in so doing, to see works of art—and each other—with new eyes.
#VisionaryAfrica 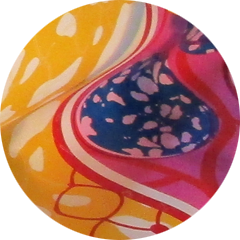 Commissioned from internationally renowned artist Yinka Shonibare MBE, the installation of Wind Sculpture VII at the entrance to our museum promises to mark a new landmark of public art on the National Mall. The ship-sail shapes of Shonibare’s Wind Sculpture series, painted to appear like his trademark wax-print cloth material, evoke cross-continental connections—in history, in trade, in politics, in ideas, and in contemporary art. 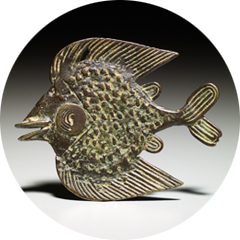 Water is in all of us—to live, we need water to drink. Featuring artworks from the museum’s permanent collection, this exhibition proves that water is one of most potent forces on earth. Its currents flow through myths, metaphors, and rituals. Diverse and wide-ranging in material, time period, style, and intended use, the objects in this exhibition span the continent of Africa to explore the importance of water for both practical and artistic purposes. 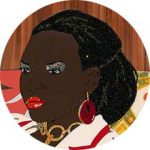 Sailors and Daughters: Early Photography and the Indian Ocean

The Connecting the Gems of the Indian Ocean: From Oman to East Africa project is proud to present Sailors and Daughters: Early Photography and the Indian Ocean World, the Museum’s first-ever online exhibit made possible by a gift from the Sultan Qaboos Cultural Center. Sailors and Daughters reveals the expansive maritime societies of Zanzibar, the east African coast, and Persian Gulf. From the 1840’s, cameras traced the international migrations of traders, sailors, sons, and daughters through Indian Ocean ports, continuing trade that dates back over five millennia. For instance, a highlight of the exhibition brings together early images by German photographer Hermann Burkhardt of Oman in 1904, which resemble photographs captured in Stone Town. East African cities flourished as hubs of both land and sea trade routes, which extended to the central African interior, the Middle East, Indian Ocean islands, western India and the Far East.

MAY 3, 2022 | 6:45 PM FREE Reserve tickets here (limited availability) Please note: This event will be held at the National Museum of African American History and Culture. A […]